The year 2020 was rough for me, both due to the pandemic and for some personal reasons as well. As a result, I felt much less motivation to write than in years past. However, that certainly doesn't mean that I didn't have the energy to play games; quite the opposite in fact! This year I tackled over 75 games! With release dates ranging from 1982 to 2020, there were some real gems in there that I'd like to highlight in a quick little Top 10 list:

The Ys series has pretty consistently had a spot in my honorable mentions for the past several years, but Oath in Felghana is the one that had what it takes to break the top 10, even in a very competitive year. Felghana is the perfect encapsulation of everything that makes the Ys games great: fast-paced combat, tough bosses, an interesting story, and a rockin' soundtrack. This series doesn't deviate much from the action RPG formula, but it is so well-polished that it's quickly making its way into my favorite RPG franchises. 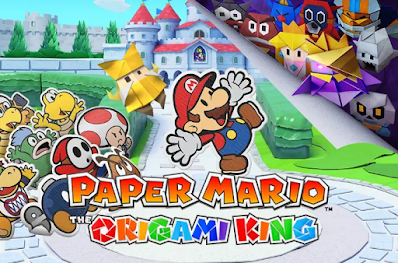 While its combat didn't exactly stay fresh the whole time, Origami King's creativity, charm, and humor were more than enough to make this one of my favorite games of 2020. Part of what elevated this game into my Top 10 was streaming it; experiencing this frankly absurd game with others provided some much-needed levity in a really tough year.

As somebody who loves the aerial vehicle sections in games like Battlefield, I've been meaning to get around to trying purely air combat-focused game. Ace Combat 7 fit the bill; I had a blast with it! Much like Forza Horizon, I liked that AC7 provides options to tweak the level of realism to your liking. As someone who doesn't have much flight sim experience, the ability to fly realistic-looking aircraft with more forgiving arcadey physics was just right for me. I'm looking forward to playing more games like this in the future.

#7: Legend of Heroes: Trails in the Sky (First and Second Chapter)

Falcom's Legend of Heroes franchise has been recommended to me many times over the years, especially the Trails in the Sky chapters, but until now I had always felt intimidated by the length and scope of these JRPGs. (The game is script is notoriously massive, several times longer than the novel War and Peace). However, being stuck at home in a quarantine situation earlier in 2020 provided the perfect excuse to finally jump in. I loved the tactical battle system, rich world-building, and taking a long journey with some endearing characters. After completing the main arc of Trails in the Sky (e.g. First and Second Chapter), I needed to take a break but I have a feeling I'll be relishing the next games in the series when I get to them.

As somebody that tends to be lukewarm on Megaman, it turns out the trick to getting me to like it is to inject some extra anime nonsense. Gunvolt took the Megaman formula and added some unique mechanics, a flashier style, and some incredibly catchy music. Developer Inti Creates has a real knack for taking the core of classic retro games like Megaman and Castlevania and reimagining them in exciting new ways. (review)

I've put off playing this for far too long! Shovel Knight has charming pixel art, excellent chiptunes, and very tight 8-bit platforming. I can definitely see why this is always ranked so highly among the top faux-retro indie games. 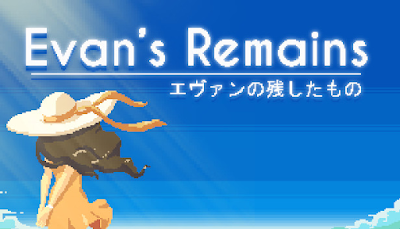 I was initially drawn in by Evan's Remains upon seeing its gorgeous pixel art on a Twitch stream hosted by my pal, Stapecape. Once I got into it, I really enjoyed figuring out the game's tricky puzzle platforming challenges and unraveling its mysterious story. The game takes a bit of an unusual turn at the end, which may be offputting to some, but I enjoyed the journey so much that I ultimately wasn't concerned about the final destination.

This music-themed adventure game was full of charm and heart. Despite an art style that didn't seem like my thing at first, the story and offbeat cast of characters sucked me right in. Even though it came out a while ago, I hadn't heard of Wandersong until this year and it immediately rocketed itself up to being one of my all-time favorite indie games. (review)

While disregarded by many as a Portal-clone, this game's combination of challenging puzzles and philosophical themes made it a game that will stick with me for quite some time. It's the perfect game to play when you're looking for something somber, slow-paced, and cerebral. (A mood that I found myself in quite a bit this year.)

With a slick sense of style, a fun blend of gameplay styles, and a stellar soundtrack, this was a damn fine video game! Also, for some reason, 2020 just felt like the most appropriate possible year to play a game about exploring the ruins of human civilization. (review)

With how many games I played this year, it was inevitable that a lot of great games wouldn't make the Top 10. This year one of my projects was to get into new genres and franchises that I previously never explored, so many of my honorable mentions are a reflection of that. Here's a selection of some of the other great games that I'd like to highlight.

To wrap up this post, I'd like to offer my heartfelt thanks to all my blog readers and Twitch viewers. Exploring games with y'all was one of the few bright spots of 2020. My blog posts will probably be pretty sporadic going forward but I still plan on keeping it going and sharing more great games both in written form and via my Twitch channel. Here's to a better 2021!
Note: In addition to this personal Top 10, I also put together a Games of the Year article with my fellow Geek to Geek Media content creators. Check that article out to find out about our picks for the best games of 2020. (Geek to Geek Media's GotY article)
Posted by Capsulejay at 8:07 PM