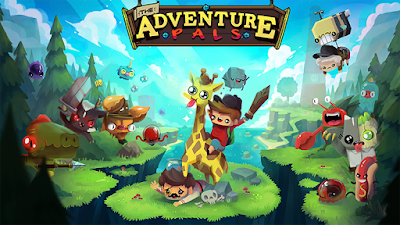 Browsing the recent release lineup for a co-op game to play together, my wife and I happened upon The Adventure Pals. The promotional art and trailer featured a boy riding on a cute cartoon giraffe (my wife’s favorite animal), so of course we had to check it out. Did we make the right call by picking out a game based on aesthetics alone? Some thoughts:

Overview
Adventure Pals is a 2D platformer with RPG elements about a boy and his pet giraffe set in a wacky cartoon world. While the boy has fairly standard moves (jumping, wall kicking, and sword swiping), the giraffe gives him the ability to swing from grapple points, fly by spinning the giraffe’s tongue like a helicopter rotor (yes, you read that right), and quickly swim underwater (I had no idea giraffes are amphibious). When playing in co-op mode, the second player controls a set of characters equivalent to the first player’s (i.e. a girl with a very giraffe-like unicorn pal). Each player also has a pet rock that gathers items for them and protects them from spikes).

Overall, The Adventure Pals is a satisfying co-op 2D platforming experience that sets itself apart with quirky appeal. While I didn’t try it single-player, it may be a little too simplistic to play solo, but for those who have a partner and love cute cartoon creatures, The Adventure Pals comes highly recommended.

Adventure Pals is available on Nintendo Switch, PC, Xbox One, and PS4. If you’d like to listen to the game’s sound track while also supporting this blog, check it out on Amazon Music using the following affiliate link: Adventure Pals Soundtrack
Posted by Capsulejay at 8:19 PM No comments: 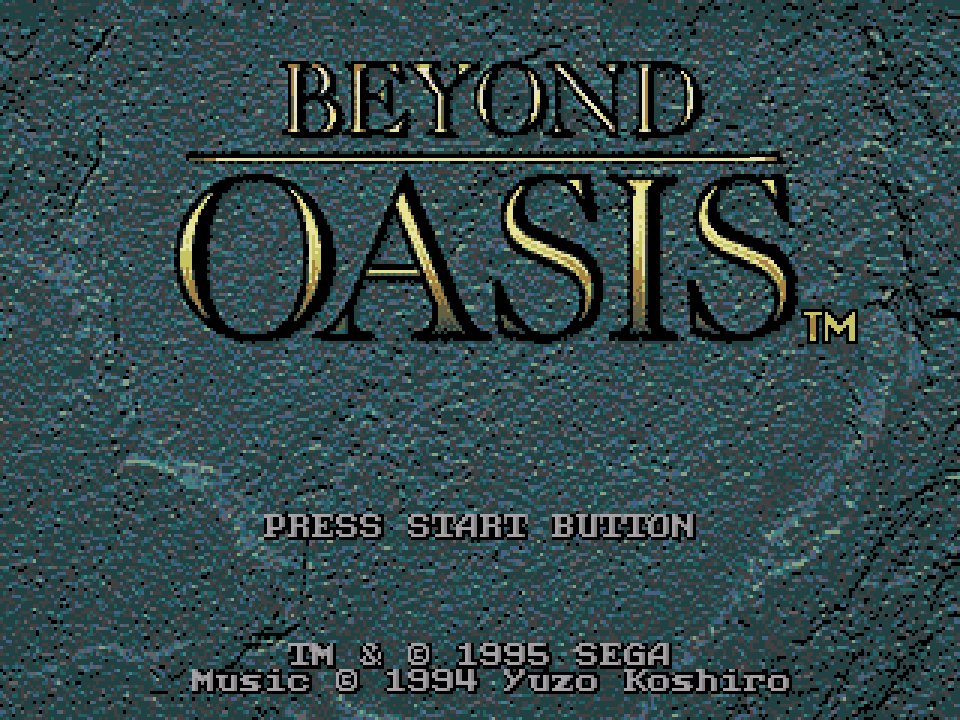 In an effort to fulfill the promise I made in my “Sega Gap” post, I decided to make my last game of #ARPGAugust something from the Sega Genesis library. After playing several other great games in the action RPG genre this year such as Blossom Tales and Ys, the bar was set quite high. Here’s how it faired:

Beyond Oasis is an action RPG that was originally released in 1994 for the Sega Genesis. In the game, the protagonist, Prince Ali, finds a golden armlet that gives him the ability to summon magical creatures. He travels around the kingdom to find new creatures to summon and hunt down his nemesis who wields the power of the silver armlet. The game has been a part of many Sega classic collections; I played it as part of the Sega Mega Drive & Genesis Classics package on PC.

Cons
Ultimately, the problem with Beyond Oasis is that it’s not deep enough for an RPG or adventure game, but not tight enough for an action game. With the exceptions of its summoning mechanics and graphics, the game feels more primitive than competing games in its genre that had come out before it such as Ys, A Link to the Past, and Illusion of Gaia. Despite, the game’s short length (< 7 hours), there were several points where I strongly considered dropping the game, putting Beyond Oasis firmly into sub 3-star territory.

In stead of picking up Beyond Oasis, I would recomend picking up the similary named action RPG, Ever Oasis, for the 3DS. If you'd like to get this overlooked late-3DS gem while also supporting this blog, you can use this affliate link: Ever Oasis - 3DS 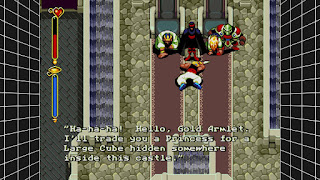 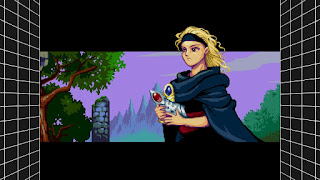 After having such a great time at last year's Dragon Con (highlights), we returned this year along with over 80,000 other geeks. I didn't do as much video game related activities at the Con this year as I did last year, but there were still a few interesting things to note:

This year's Japanese Arcade featured some new additions. While gamers like to joke about Konami not making games anymore, they are still alive and well in the arcade scene; there was a wide variety of arcade games on display here, with many of them being by Konami.  Here's a rundown of some of the games I got to play: 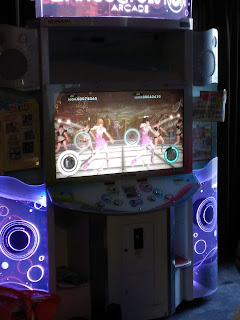 Dance Evolution - Older dancing games like Dance Dance Revolution used buttons on the floor to track dancing moves. New ones like Dance Evolution use Xbox Kinect technology to track a player's whole body allowing for a wider variety of moves. I was terrible at this game, much like I am at actual dancing, so perhaps the simulation is too accurate? 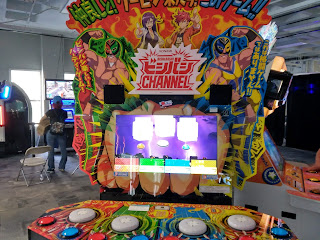 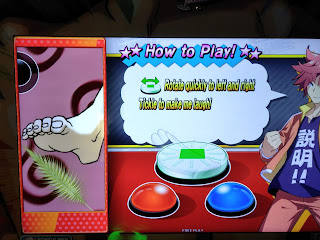 Bishibashi Channel - Last year I got to play an older version of Bishibashi. This new version adds a rotating pad to the controls in addition to the buttons. Thus, the spastic collection of mini-games can get even weirder, like this foot-tickling one, for instance. 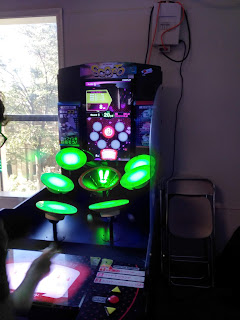 Scotto - This one felt like some kind of high tech fusion of beer pong and skeeball. The player bounces ping pong balls off of the white panel at the front of the cabinet into the goal basket. Depending on the game mode being played, you either have to rapidly bounce balls directly into the basket or accurately bank the ball off the glowing pads and then into the basket as directed on the screen. I did pretty well when I played this one; turns out those seemingly useless skills I developed playing drinking games in college came in handy! 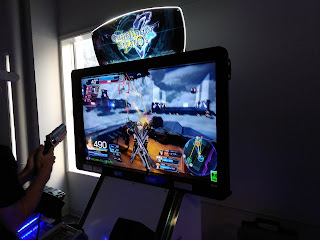 Gunslinger Stratos 3 - In the West, people don't often think of Square Enix when they think about arcade games, but in Japan, it's another story. I had seen older versions of Square Enix's Gunslinger Stratos when I was in Japan several years ago, but this was my first opportunity to play it myself. It's a 3rd person arena shooter in which the player holds a lightgun in each hand while moving the character around using the analog sticks and buttons on the back of each gun. I only had the time to play it once, so I spent most of my time just trying to get the hang of the controls. Characters can jump and flip through the air and stages have a lot of verticality to them, so it seemed like some really fun arial battles would be possible if I had more time to get down the fundamentals.

I didn't see quite as much video game-related cosplay on the convention floor this year as I did last year. However, I did get to attend a gaming cosplay competition and visit a costume exhibit. For some of these events I didn't have the best vantage point and was reliant on my cell phone camera, so I apologize for some of the images that came out blurry or grainy. Anyway, here are some of the gaming costumes that stood out to me:


Overall, we had another great year at Dragon Con and are already looking forward to returning next year! I'm planning to attend some more gaming-focused cons in the future, so look forward to posts about those as well!

If reading this post has caused you to want to step up your cosplay game in time for Halloween, you can pick up costume supplies while also supporting this blog by using this affiliate link:
Amazon Costume Department
Posted by Capsulejay at 5:49 PM No comments: