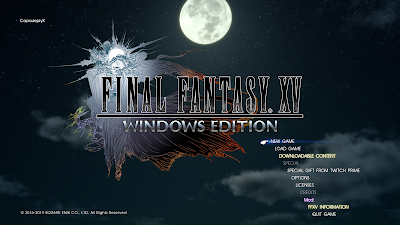 As I mentioned in my Final Fantasy 1 review, I've been slowly working my way through Square Enix's Final Fantasy franchise over the past 15 years. Now that I'm mostly caught up, I was pretty excited to see what Final Fantasy 15 would do with cutting edge technology and all the lessons learned over the past 14+ entires. I had initially planned on picking the game up as soon as it became available on PC. However, the more I heard about its convoluted release schedule, which included multiple expansions that were still in development at the time, I found myself repeatedly kicking the can down the road. Eventually, the complete Windows version ended up being released via Xbox Game Pass.
Overview
Final Fantasy 15 represents a considerable departure from the previous entries in the series, both in terms of gameplay and aesthetics. With real-time action combat and a setting that more closely resembles the real world than the fantasy and sci-fi locations of its predecessors, FF15 goes to considerable lengths to redefine what a Final Fantasy game can be. The story focuses on Prince Noctis and his three bodyguards who are on a road trip to retrieve a set of ancient sealed weapons that they need to liberate their kingdom from an invading empire. This review is based on the PC version of the game that was released via Xbox Game Pass.
Pros
Cons
As an avid Final Fantasy fan, I was able to get a very enjoyable experience out of FF15 but it took a considerable amount of work on my part, synthesizing its disparate content and overlooking a few unfavorable parts. There is an interesting story to unravel, expansive world to explore, and fun gameplay to be had here, but you, as the player, have to be committed and receptive to it in a way that few other modern games require. For me, jumping into Final Fantasy 15 with both feet ultimately proved to be worth my time and satisfying but I couldn't help but feel like it could have been so much better with a more focused vision.
Score: ⭐⭐⭐⭐
Completion Time: 42 hours for the main campaign + 7 hours of DLC
Note: This post is part of the Chic-Pixel community's #JRPGJuly event. For more info and their full list of events, check out this page: Community Game-Along Master List 2020 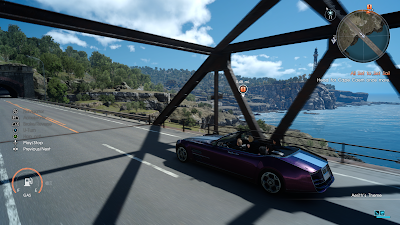 You take a lot of scenic car rides in this game. 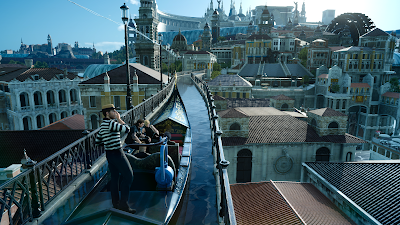 It's like every city in Italy all mashed together. 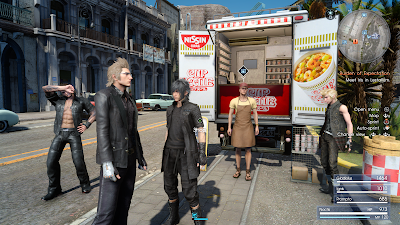 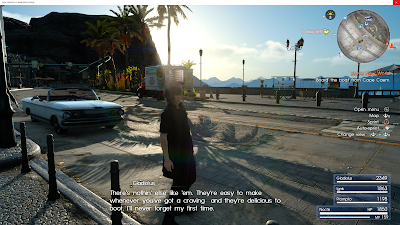 Before you get uncomfortable, he's talking about his first time with Cup Noodle. 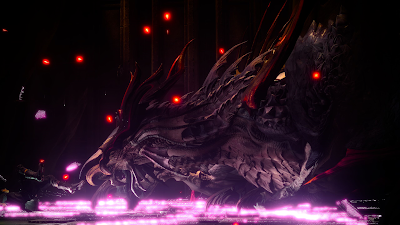 This is what it looks like when you get wrecked by a boss. 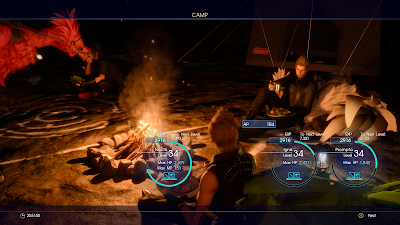 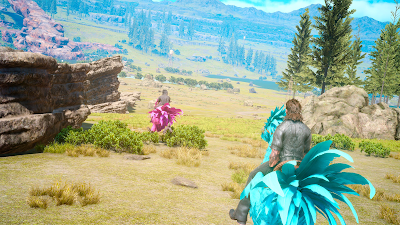 Since they all wear black outfits, I thought they should at least have colorful chocobos. 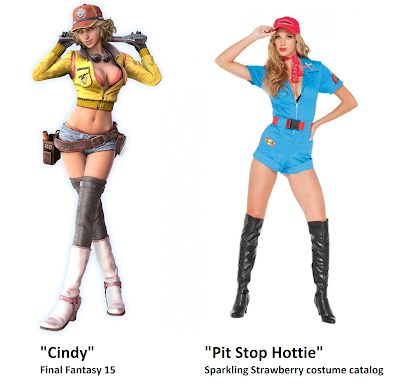 Ironically, I think the sexy Halloween costume is more practical clothing for auto repair than Cindy's outfit.
Posted by Capsulejay at 12:27 AM