When people think about "horror" games, they immediately think of survival horror and jump scares associated with games like Resident Evil. And while that is certainly a prominent segment of horror games, "horror" is more of a theme or flavor that can be applied to a variety of game genres. In celebration of #HorrorGameOct, I decided to devote my Twitch channel to streaming and exploring horror gaming in a variety of forms. 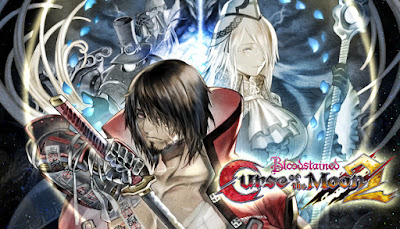 Bloodstained Curse of the Moon 2

After absolutely loving the first Bloodstained, I came to this one with unreasonably high expectations. What I found was a game that was still really good but didn't quite recapture the magic of that first experience. That being said, the new playable characters were fun, especially the corgi in a mech. If you're a Castlevania fan, all three Bloodstained games are easily must-plays.

My prior experiences with Resident Evil games have been pretty mixed. While I would rank several of them among my favorite spooky games, others have been an exercise in frustration. The first impression this game gave me was not a good one, the introductory areas seemed tailored for the VR experience but felt off as a regular player and the "killer rednecks" trope this game leans into has become quite tired for me. However, after pushing through that stuff and into the meat of the game, I found that the game did a great job of taking the classic Resident Evil formula and updating it with more precise first-person controls and a great sense of atmosphere. Overall, it didn't quite eclipse my favorite game in the series, Resident Evil 2 Remake, but I would still rank it very highly among survival horror games that I've played. 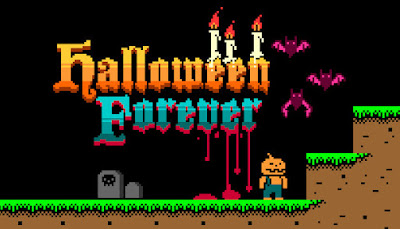 This little retro-style indie platformer was included in the Racial Justice Bundle from itch.io earlier this year. It sported cute Halloween-themed sprite work, simple but polished mechanics, and a moderate difficulty curve. I would recommend it to anyone looking for a short spooky game that can be completed in a single evening.

Until this year, my only exposure to the Silent Hill franchise was watching the Silent Hill movie back when it came out in  2005. While I wasn't a big horror game fan back in those days, the movie piqued my interest enough to put trying one of these games on my very long-term to-do list. This year, when Konami made SH4 available on PC via Gog, the opportunity to check off that box finally arrived. Though I struggled with this game's jankyness and awkward controls at first, I eventually came to appreciate this game's mysterious atmosphere and surreal take on horror. Considering that series fans often consider SH4 to be the worst game in the series and I still had fun with it, I think I'd enjoy the other Silent Hill games if Konami elects to make them available on PC.

As a big Castlevania fan, it's always bugged me that I was never able to finish one of the most beloved games in the series when I originally played it. This year I finally decided to see it through! This time I ended up playing the Japanese version of CV3 (via the Castlevania Anniversary Collection) in order to enjoy its enhanced soundtrack and more balanced difficulty compared to the Western release. With this game's multiple characters, branching, paths, diverse environments, and stellar score I can absolutely see why it's a fan favorite. Some of the more punishing aspects of NES game design still lead to some frustration but I managed to complete a "pure" playthrough without the use of save states or cheats!

Hearing that this SNES and Windows 95 point-and-click adventure was a major source of inspiration for later survival horror games like Resident Evil and Silent Hill, I was very curious to give Clock Tower a try. Early on, I was really impressed with how effectively this game conveyed the atmosphere of horror despite the limitations of its 16-bit platform. I also liked, how much detail and personality was put into the character animations, particularly for the game's primary villain, the Scissor Man. Unfortunately, the aesthetic qualities of the game were really the only thing I enjoyed. As an adventure game, I found this game to be extremely opaque, even by 1995 standards. Many times, the solution to making progress was not a function of puzzle-solving or logic, but meeting some kind of arbitrary criteria such as entering and exiting a room multiple times or repeatedly inspecting an object until your character decides that she wants to interact with it. It also didn't help matters that for a game that involves a lot of wandering around and trial-and-error, your character walks extremely slowly and running even a few yards almost immediately depletes her stamina. As a result, I found playing Clock Tower to be interesting from a historical perspective but a subpar adventure game experience.

This dark and twisted take on Alice and Wonderland is something I've been wanting to play for a really long time. At first, the controls of the game felt really off to me, but once I got my head around the fact that this was a 3rd person action game made in the Quake 3 engine, everything started clicking. While 3D graphics and game design have come a long way since this game was made, exploring the surreal worlds of Wonderland was still an experience that totally held up for me. I'm looking forward to playing the sequel next year. 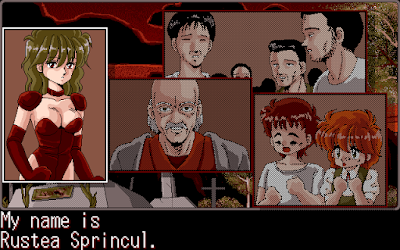 While it might be especially trendy now, indie studios cranking out Castlevania-like games is by no means a new phenomenon. Rusty is an early 1993 PC game about a whip-wielding vampire slayer on a quest to rescue damsels in distress and defeat an evil count (sounds familiar doesn't it?). Suffice to say, I didn't go into this game expecting to see anything particularly original or high quality. Much to my surprise, the game was actually pretty good! I liked the graphics and music quite a bit and I appreciated the way it deviated from Castlevania by incorporating a more maze-like level design. Unfortunately, this game's level design can also be a source of frustration as each level has a relatively short time limit and Rusty's movements are a little too stiff to pull off some of the maneuvers the game asks of you. As a result, I found Rusty to be an interesting experience that was worth playing, but it would've needed more polish to stand side by side with its source of inspiration, Castlevania.

Note: This post is part of the Chic-Pixel community's #HorrorGameOct event. For more info and their full list of events, check out this page: Community Game-Along Master List 2020

Posted by Capsulejay at 1:21 PM