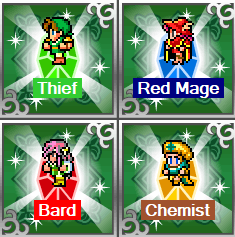 This past weekend marked the close of my third Four Job Fiesta campaign! Once again, I managed to finish the game in even less time and lower levels than in previous years. Here are some highlights:


While I had fun with this year's campaign, I found it a little harder to keep motivated this time around. This was due to a combination of having two returning classes, which made the campaign less varied than before, and my work schedule being a lot more hectic, making it tougher to schedule streams than years past. I was glad that I played the mobile version of Final Fantasy 5 this year, so I could still make progress even when I wasn't able to stream. Thus, I may take a break for next year's Fiesta depending on my schedule. I will also be a little quicker to reroll if I get repeat classes going forward.

All that being said, I wanted to extend a heartfelt thanks to everyone who donated or tuned into my streams!
Posted by Capsulejay at 1:51 PM No comments:

While it didn't quite make my original list of gaming shames, getting into the Tales series has long been on my to-do list. After all, it's the number #3 JRPG series (after Final Fantasy and Dragon Quest), so it represents a pretty big hole in my gaming experience as an RPG aficionado.

I consulted with a lot of Tales fans to find out where I should start this prolific series. The responses I got varied wildly; often one fan's favorite entry would be a game another fan despised. However, almost no one seemed to object to the 2004 GameCube hit, Tales of Symphonia. It also helped that the remastered version was on sale on Steam for $5. 😁

Background:
Tales of Symphonia is a fantasy action RPG that uses a combo-based combat system, similar to a fighting game. The story follows Lloyd, a teenage boy serving as a bodyguard for his childhood friend. Collette, who has been selected to go on a cross-country religious pilgrimage. While this game is a part of the long-running Tales series, its story is completely approachable on its own.

Artistic Qualities:
Gameplay:
Conclusion:
As I got into the game's later acts, I was feeling like the campaign was padded to be much longer than it needed to be. However, as Symphonia's credits rolled and I reflected on the 50+ hours I had spent with the game, it still left a positive impression; it was certainly a fun ride overall. It'll probably be a while before I play another Tales game (next year at the earliest), but I can see why this series is so popular and I will certainly return to it someday in the future.

Note: Streaming a full Tales game, as I did with this one, is a big commitment. It took almost four months of streaming nothing but Tales of Symphonia every week in order to finish it. I will likely stick to streaming shorter games from now on.

Acknowledgment: This post is part of the #Blaugust2019 event held by Tales of the Aggronaut. For more info about Blaugust, check out this article. 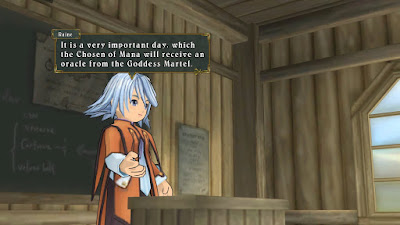 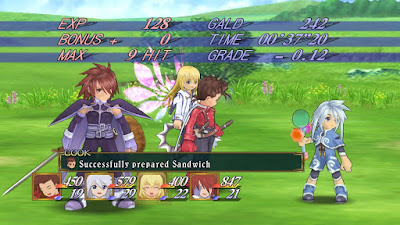 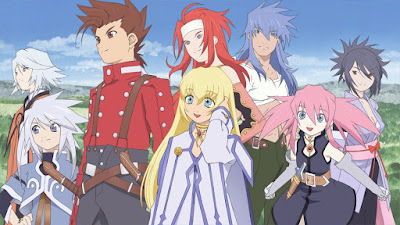 Posted by Capsulejay at 12:50 PM No comments:

Monster Boy is a game I played back in winter, but I'm just now getting around to reviewing it. Normally, I review games shortly after finishing them, but in this case, I've come to appreciate this game more the longer I've had time to reflect on it.

Background:
Monster Boy is a hand-drawn 2D Metroidvania game and is a successor to Sega's Wonder Boy series. Throughout the game, the player character increases his ability to explore the environment by learning to transform into various animals. Each animal offers new traversal abilities such as crawling through tight spaces, swimming, or flying.

Observations:
When I went to Best Buy to pick up a copy of Monster Boy, I initially balked at the $40 price tag, a heftier price than I've ever paid for a game of this type before. However, after seeing the level of polish in this game's presentation and gameplay, as well as the sheer amount of content on offer, I'm really glad I was able to get over the sticker shock! I think anyone who considers themselves a fan of the Metroidvania genre owes it to themselves to give Monster Boy a shot.

Acknowledgment: This post is part of the #Blaugust2019 event held by Tales of the Aggronaut. In fact, this year's Blaugust marks the third birthday of this blog! For more info about Blaugust, check out this article. 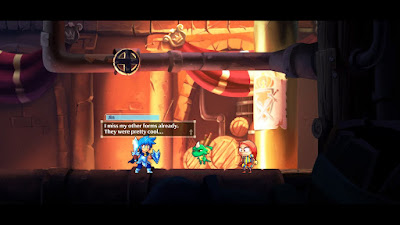