For Capcom Month, I decided to color outside the lines a bit with three games from established Capcom franchises and two indie games that are heavily inspired by Capcom works. Taking this approach gave me a great variety of aesthetics and gameplay styles, which made for a really fun and interesting month. With the exception of Monster Hunter, I streamed all of these on my Twitch channel.  Here's a roundup of mini-reviews for each game that I played: 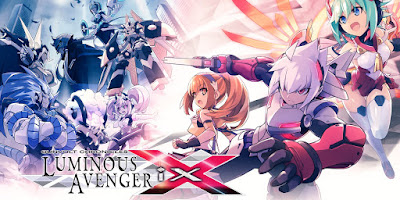 While technically not made by Capcom, I kicked things off with the third game in Inti Creates' Mega Man-like series, Gunvolt. Rather than playing as Gunvolt himself, this entry follows his rival Copen in his battle against the nefarious Sumeragi Corporation. While this entry still delivered the tight pixel art action the Gunvolt series is known for, I found that I enjoyed this one a little less than its predecessors. Copen's move set doesn't work quite as well for my playstyle as Gunvolt's does and I didn't particularly care for this game's supporting cast. Thankfully, the game featured a great rogues gallery of over-the-top villains and a kicking soundtrack which helped elevate things a bit. Ultimately, I'd say this is the weakest entry in a strong series but still a solid action game in its own right.

(You can find my review of the original Gunvolt here: Gunvolt Review ) 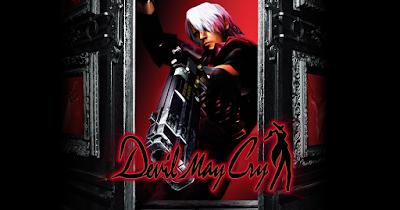 While I've been aware of the Devil May Cry series since its debut, I didn't actually have my first foray into Capcom's stylish character action series until Devil May Cry 5 in 2019 (DMC 5 review). I had such a blast with it that I immediately added some of the older games in this series on my to-do list and #CapcoMonth provided the push I needed to finally dive into DMC 1 via the Devil May Cry HD Collection. I was pleasantly surprised to find that despite this essentially being an anti-aliased PS2 game, it still holds up great in terms of gameplay and art direction. While there are a few elements that haven't aged well, namely some awkward camera angles and having limited lives with spread-out checkpoints, I still had a lot of fun on Dante's first adventure and will likely tackle DMC 2 & 3 at some point in the future.

Similar to Devil May Cry, Resident Evil is a Capcom series that I didn't fully come to appreciate until fairly recently. After loving Resident Evil 2 Remake and Resident Evil 7 (but having mixed feelings on Resident Evil Zero), I was looking forward to playing another modern entry in one of video gaming's most beloved horror franchises. Gameplaywise, RE3 Remake plays very similarly to RE2 Remake, in that it's a third-person action-adventure game, however, the pacing of RE3 is much brisker than its predecessor. The focus on more linear level designs and big action set pieces gave this game a tone that felt much more like an action movie than a horror movie. Once I got used to that, I had a good time blasting zombies and other monsters as this game's especially badass depiction of the recurring series heroine, Jill. Ultimately, I think I prefer the more atmospheric adventure game approach of RE2 Remake and RE7 but this was still a really fun ride.

(You can find my review of Resident Evil 2 Remake here: RE 2 Remake Review ) 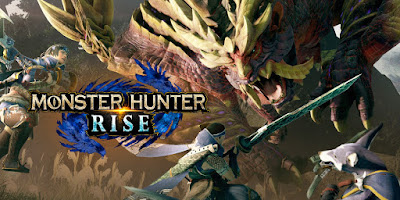 You've likely noticed a theme at this point, but Monster Hunter is yet another Capcom franchise that I've been aware of for a long time but never really dug into before. In this case, Rise is the first Monster Hunter game I've ever played. I found right off the bat that while the basic gameplay loop is very simple (fight monsters, get crafting materials, make stronger weapons and armor, repeat), almost everything else about the game is needlessly complicated. It took me several hours to get through back-to-back tutorials, figure out the controls, and learn to navigate the clunky UI. However, once I managed to get through all that, I found Rise to be a really enjoyable experience. Having only a limited story and minimal world-building, the single-player campaign is fairly bare-bones but still satisfying, and the online co-op mode is a lot of fun whenever I actually manage to coordinate with other people to play. However, for me, what elevated this game from "good" to "great" was the presentation. I absolutely loved this game's medieval Japanese fantasy setting, catchy music, cute animal companions, and cool monster designs. I don't think I'm going to be someone who plays every MonHun game that comes out, but I'm really glad I took the time to get into this one. 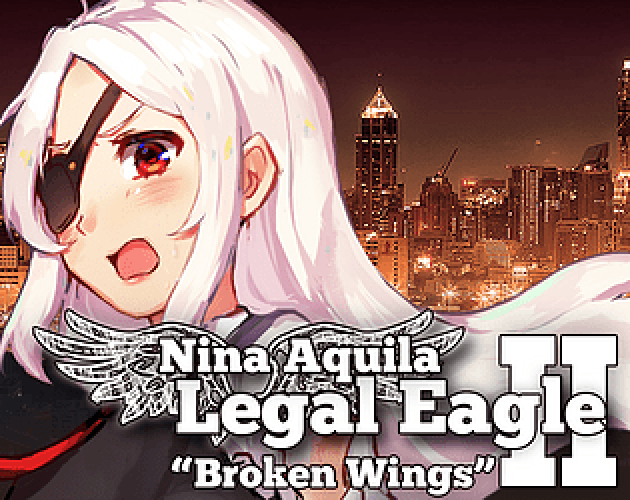 After seeing the foundation established by the first game (see my review of Nina Aquila 1 for more info), I was keen to see where this indie Ace Attorney-like series would go next. Improving on the original in almost every way, Nina Aquila 2 offered a much more interesting case to investigate, a more complex story, and some new investigation segments to break up the courtroom drama. However, what set it apart was the scene of the crime: a hotel hosting an anime convention and trading card battle tournament. This opened up a lot of opportunities for humourous writing that mixed legal drama with anime fandom. I also enjoyed the Yu-Gi-Oh-inspired minigame that is integrated into the campaign as Nina gets dragged into the world of competitive trading card battles. While both the minigame and puzzle-solving parts of the mystery felt a little too easy for my tastes, Nina Aquila 2 was still an overall fun and charming package. I'm looking forward to playing the third game sometime in the future!

Note: This post is part of the Chic-Pixel community's #CapcoMonth event. For more info and their full list of events, check out this page: Community Game-Along Master List

Posted by Capsulejay at 10:08 PM No comments: