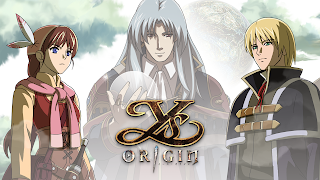 After having so much fun tackling Ys I & II as part of my “gaming shames” project, I decided to jump into another entry of the series, Ys Origin, the prequel to the first two games. Unlike the other games in the Ys franchise, Ys Origin ditches the main protagonist, Adol, and instead lets the player choose among two playable characters (with the option to unlock a third), each with their own unique plotlines. I’m writing this as a preliminary review because I’ve had the chance to finish the game with the two starting characters, Yunica and Hugo, but haven’t had a chance to try the third character yet. Here’s what I think of the game from what I’ve played so far:

Pros:
Cons:
My first two play-throughs of Ys Origin were a lot of fun and the game has been a welcome break from the slower turn-based RPGs I’ve been playing this year. That being said, with each run through the tower, the issues with repetitiveness and quality of life did begin to wear on me. For now, I’m going to set the game aside and play through the third character’s path after taking a break to avoid getting burnt out. If the final path, which supposedly shows the “true ending”, changes my views on the game, I’ll be sure to update this review or a write a follow-up post. However, based on the substantial time I’ve put into Ys Origin so far, I can comfortably recommend it to fans of hack-and-slash style action RPGs.

Update (Dec-16 2018): I went back and finished the game with the third character. This character's plot is definitely more emotional than the other paths and does more to tie Ys Origin into the rest of the Ys series. The gameplay is still mostly the same as the other two paths, except the new character is much faster and more agile than the others. I found it worthwhile to devote another 8 hours to revisiting this game since I enjoyed it so much the previous times, but the experience didn't really change my overall feelings on the game, so my preliminary review score still stands. 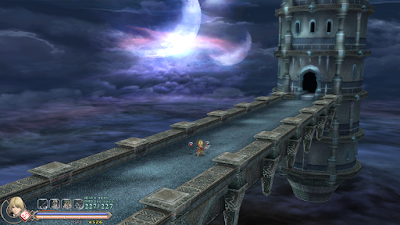 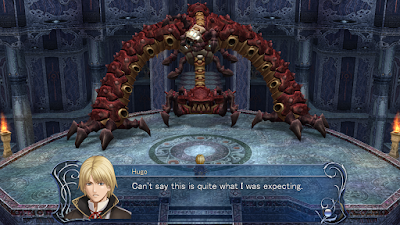 Posted by Capsulejay at 8:46 PM