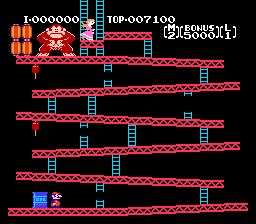 While I generally don't like to talk about myself and prefer to keep this blog focused on the games themselves, it occurred to me that in two years of game blogging, I've never really gotten into my history with my favorite past time. In the spirit of #BlaugustReborn, I figured I should probably fix that. Here it goes:

My start with gaming came from an unlikely figure: my grandma. She was probably the only 60+-year-old lady hanging out in the dingy local arcade, but she could clear Pac-Man boards with the best of them.

Naturally, several years later, once I was old enough to hold a controller, she taught me how to play Donkey Kong on the NES, followed soon after by Super Mario Bros and Duck Hunt. Three-year-old me was, of course, terrible at all of these, with the exception of Duck Hunt if I put the Zapper’s muzzle directly against the screen. None the less, I’ve been a diehard Nintendo fan ever since.

While I may have been a massive Nintendo fan, my 8 and 16-bit gaming was limited to genres like platformers, fighting games, and racing games. I didn’t come to appreciate other genres, some of which are now favorites, like RPGs and puzzle-adventure until many years later when my family got our first computer (we were pretty late to the party on that) and my sister bought a PlayStation. The PlayStation got me into RPGs; I literally emptied my piggy bank to buy Final Fantasy 7. The PC, on the other hand, accomplished two things: introduced me to genres that weren’t available on consoles at the time (e.g. FPS and point-and-click adventure) but also sparked my interest in computer hardware that continues to this day.

My journey has looked something like this overall:
You may notice that there's a pretty large gap in my non-Nintendo gaming between the Xbox and the ASUS laptop (approximately from 2005 to 2011). Time and money were in short supply those years, so I missed the majority of a whole console generation with the exception of a few Wii games. I call this my gaming Rip Van Winkle period, and much of the focus of my backlog journey has been devoted to filling in that gap.

The past two years of taking that backlog journey with everyone in the world of game blogging has been a lot of fun! Thanks for joining me so far and happy Blaugust!

If reading this post has put you in the mood to pick up a new game while also supporting this blog, check out this Amazon affiliate link: Amazon Video Games

PS
I'm upping my blog posting frequency for the rest of the month in celebration of #BlaugustReborn. I'm aiming for at least two posts per week. If you'd like to know more about Blaugust, you get more info from this post by Belghast.
Posted by Capsulejay at 8:54 PM

Email ThisBlogThis!Share to TwitterShare to FacebookShare to Pinterest
Labels: Retrospective