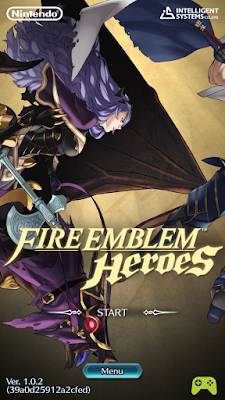 After playing all three versions of Fire Emblem Fates last year, I thought I would be burnt out on the series for a while... turns out I was wrong. I was initially only going to give the new mobile game, Fire Emblem Heroes, a quick spin just to see what all the hype was about but soon found that I was hooked by anime-themed turn-based strategy once again. I've played through about a third of the main campaign at this point; here are my thoughts so far:
Fire Emblem Heroes has been a really pleasant surprise. It's a quality free-to-play mobile Fire Emblem game with fairly unobtrusive micro-transactions (I've spent nothing so far). Hopefully, the monetization scheme will continue to stay out of the way and the whole campaign will be as enjoyable as this first third has been. Stay tuned for a full review when I finish the campaign in the next few weeks.

PSA:
The Android version of this game has some bugs. Make sure you link the app to your Nintendo account to avoid losing progress! 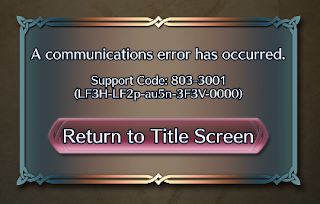 If you get the error message shown above, contrary to the error text, it is not actually the result of a server issue; an easily-corrupted file is the culprit. If your phone is rooted you can delete the file directly ( data>data>com.nintendo.zaba>shared_prefs and delete 'deviceaccount:.xml'). Otherwise, the game must be reinstalled to get rid of this error message.
Posted by Capsulejay at 8:45 AM