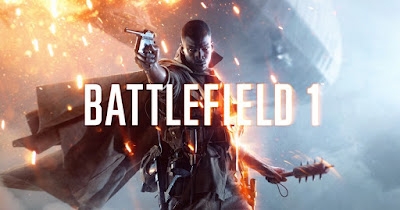 This is the first entry I've played in this series since 2002's Battlefield 1942. What brought me back to Battlefield was the inclusion of a quality single-player campaign and the World War I setting, which is a time period that's always interested me. The campaign was short, but a thrill the entire way through. The way that the game is split into chapters with each focusing on a different theater of war and different mode of combat (infantry, tanks, airplanes, etc) kept things feeling fresh and served as a great way to sample each of Battlefield 1's mechanics. The highlights for me were the bi-plane dogfights, a tank battle with clunky early tank designs, and a first-person stealth mission. Outside of these types of levels, the others were fairly standard modern FPS run-and-gun stages that were solid, but not especially ground-breaking. Regardless of their respective gameplay styles, what ties each of these levels is an incredibly rich sense of atmosphere that really emphasizes the chaos of the war. Some of the missions also featured some fairly engaging stories and cut scenes, which was a pleasant surprise.

For many players, the multi-player mode of Battlefield 1 will be the main draw. I'm not really much of an online multi-player FPS person anymore, but I played a couple of rounds to see what it was like after finishing the campaign. I found that it was pretty consistent with how I remember  the classic Battlefield 1942 capture-the-flag battles playing back in the day, and thus longtime fans of this series will probably be pretty happy with it. I could see myself having a lot of fun with it if I got a group of friends together to play a big match together (especially in a LAN party-style setting), but just jumping in with random strangers online didn't really grab me.

Battlefield 1 offers an engaging but compact single-player campaign, and a solid multi-player mode for those who want it. Playing this game also made me realize how much I miss accessible arcade-style aerial combat games like Rogue Squadron and Crimson Skies, so I'll probably be keeping an eye out for a game like that in the future (maybe Ace Combat 7?). Back to Battlefield 1, anyone interested in both the single-player and multi-player mode will probably be very happy with this game, even paying full price. For those only interested in the single-player campaign, it's really enjoyable, but its brevity may make the value-conscious want to wait for a sale.