With 2D platformers already being one of my favorite genres, #MetroidvaniaMay was a natural fit for me. I decided to spend this month exploring some newer indie games in the genre as well as playing an old classic that I had been meaning to get around to for a very long time. I streamed all three of this month's selections on my Twitch channel. 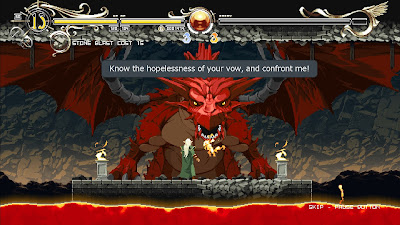 I've been looking forward to this one for a while since I was such a big fan of Team Ladybug's previous Metroidvania game, Shin Megami Tensei Synchronicity Prologue (review). Deedlit in Wonder Labyrinth is based on the Japanese fantasy novel series, Record of Lodoss War, which has previously been adapted into anime and several other games.

Cons:
Verdict: Most of these cons are minor nitpicks. I can comfortably recommend this game to anyone looking for a mechanically solid Metroidvania.
Score: ⭐⭐⭐⭐
Completion Time: 8 hours, 12 minutes (98% map completion) 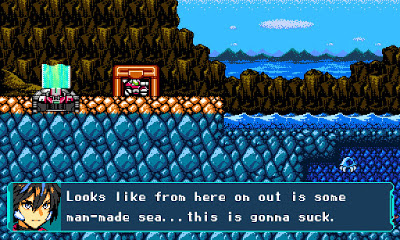 Inti Creates games are pretty much my jam, with Bloodstained (review) and Gunvolt (review) ranking highly among my favorite 2D platformer franchises. As a result, I was very curious to see how their revival of the NES favorite, Blaster Master, would fare.

Verdict: While it won't supplant either of my favorite Inti Creates games, I had a lot of fun with Blaster Master Zero and will definitely play its sequels at some point in the future.
Score: ⭐⭐⭐⭐
Completion  Time: 10 hours, 48 minutes (100% completion)

Castlevania: Symphony of the Night 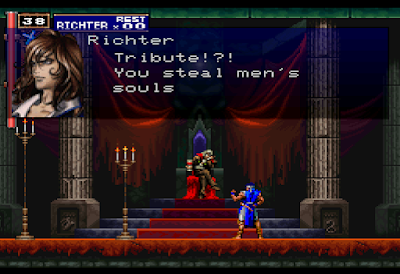 It may have taken a long time to get around it, but this month I finally crossed one of my biggest gaming shames off the list! Symphony of the Night is one of the defining works in the Metroidvania genre and it has gone on to inspire many others since its original release on the Playstation 1.

Verdict: I'm really glad I got around to playing this iconic Metroidvania game. I could definitely tell that certain aspects of the genre were still being worked out in Symphony of the Night, but I had a good time with it despite some rough edges. Playing this also gave me a sense of appreciation for how much refinement and iteration Castlevania and other Metroidvanias have gone through in the years since.
Score: ⭐⭐⭐⭐
Completion Time: 11 hours, 31 minutes (best ending route)
Overall, exploring these three games gave me a better sense of the commonalities between Metroidvanias, both in terms of their strengths and weaknesses. I feel like I have a much better sense of why this genre continues to endure and is such a popular format for indie developers to tinker with.
Note: This post is part of the Chic-Pixel community's #CapcoMonth event. For more info and their full list of events, check out this page: Community Game-Along Master List
Posted by Capsulejay at 5:39 PM