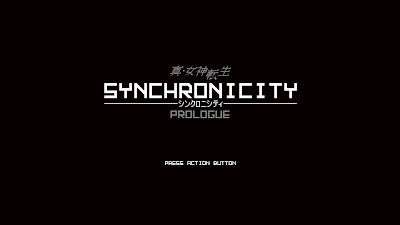 Surprising pretty much everyone, last week Atlus of Japan released a new freeware spin-off Shin Megami Tensei game for PC. Unlike most SMT games, which are usually turn-based RPGs, Synchronicity Prologue is a non-linear action platformer in the style of Metroid and Castlevania (i.e. a “Metroidvania”). While my exposure to the Megami Tensei franchise is minimal, I’ve been interested in it for a while and could not pass up the opportunity to grab a free game, especially from a series that is rarely seen on PC. Here’s a rundown of my thoughts on the game:
As you’ve probably gathered, SMT Synchronicity Prologue is essentially a Castlevania clone with some bullet-hell elements mixed in. In this case, however, that isn’t a criticism since Synchronicity Prologue is an exceptionally well-made clone. The game is quite short (~ 3 hours) but this keeps its simple mechanics from getting stale. There’s also the fact that this game was completely free, so you’ll hear no complaints from me. I’d highly recommend checking out Shin Megami Tensei Synchronicity Prologue, especially if you're a fan of the Metroidvania genre. 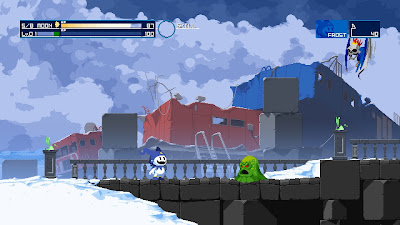 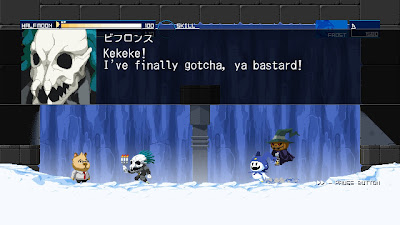 Posted by Capsulejay at 9:10 PM