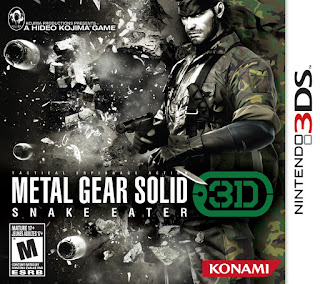 It turns out I was much closer to the end of MGS3 than I thought at the time I wrote my impressions! As result, most of what I said there is applicable to the game as a whole. Thus instead of writing a full review from scratch, here are some of my observations from the 3rd act of the game followed by some closing thoughts:

WARNING: There may be some spoilers ahead.
Ultimately, the experience of playing Metal Gear Solid 3 on 3DS was less than ideal, but I'm glad I finally got around to playing it. I think a linear story-based action game is exactly what I needed after a sprawling open-world RPG like Breath of the Wild. However, throughout my play-through, I couldn't shake the feeling that MGS3 just didn't make a ton of sense as a 3DS game. The combination of clunky controls and a form factor ill-suited to watching lengthy cutscenes detracted significantly from what this game was trying to accomplish and I suspect that I would have enjoyed it more if I had been playing it in longer sessions on the PS2. Thus my recommendation would be if you have the option of playing on the PS2, go with that, but if portability is a big selling point to you, the 3DS version still manages to preserve a decent amount of what originally made MGS so popular (perhaps more so if you have a New 3DS).

Note: I suspect this game would have had a shot at a 4-star score if I had played it on PS2. 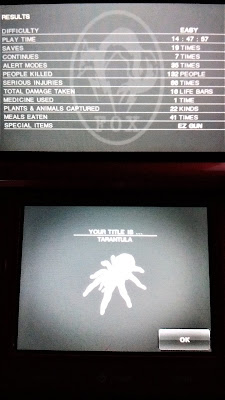 No-kill play-throughs are for hippies!
Posted by Capsulejay at 11:38 PM