The Legend of Zelda: Breath of Wild - Closing Thoughts Part 2 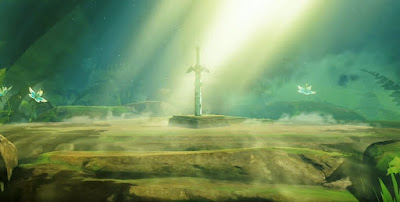 When Ocarina of Time came out in 1998, it blew people away with its revolutionary design, but it also became the mold from which each of the successive 3D Zelda games would be cast. While Breath of the Wild is a masterpiece that I believe meets or exceeds the standard set by Ocarina of Time, I don't think it lends itself to being the new formula for future games; how many times can aimlessly wandering a massive sparsely populated fantasy world remain novel? Here are some of my thoughts new directions Zelda can take:
These are just few of the ideas that swam through my head as I was gathering my thoughts to write my Breath of the Wild review. I'd love to hear what other people's ideas are regarding where the series could go next, so feel free to leave a comment below or hit me up on Twitter.
Posted by Capsulejay at 8:30 AM