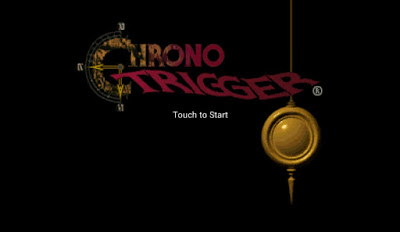 This is a game I've been meaning to get around to for the majority of my life, and I decided that I would kick off 2017 by finally diving into this landmark RPG. As someone who's played and loved most of the other other SNES games by Square and Enix, I somehow missed out on their very first collaboration (back when they were still two separate companies).  Part of my dilemma in starting this game is that while there are multiple ways to play Chrono Trigger (Wii virtual console, DS cartridge, mobile port, SNES emulator), each presents some significant trade-offs. When I came to accept that a PC port was unlikely to happen any time soon, I ultimately decided to pick up the Android version while it was on sale for $5.

At this point I've sunk about 10 hours into the game, and have been having a great time chipping away at it in bed each night on my tablet. It took me a little while to get used to playing a game like this with a touch screen, but now it almost feels like second nature. One concession I did have to make was switching the battle mode from "Active" to "Wait" before boss battles to keep me from getting lit up by the enemy while scrolling through the spell and item menus; I'm just not as fast on a touch screen and I would be with a proper controller. Other than that one minor gripe, I've been pleasantly surprised with how nicely the game plays on Android.

As for the game itself, it's immediately apparent to me why Chrono Trigger is such a classic: 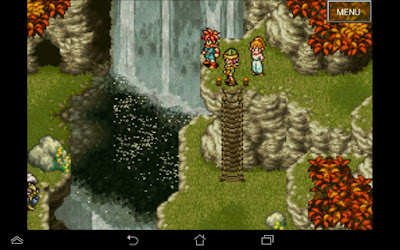 I'm going to continue working through this one bit by bit and am excited to see how it progresses. It seems like an almost absurd prospect to write a review for such a lauded classic, but I'll attempt to neatly wrap up my thoughts once I finish Chrono Trigger at some point in the next few weeks.