After chipping away at it in bits and pieces over the course of a month, my first serious foray into a character action game has come to an end. While Devil May Cry 5's campaign of demon-slaying action had its ups and downs, I largely enjoyed the ride. Since I wrote pretty in-depth impressions in my previous post, this review will primarily focus on my thoughts on the second half of the game. Since its natural for some chinks in the armor to emerge as any game goes on, these observations may come across as stacked toward the negative, but keep in my that most of the positive things I had to say in my impressions still hold true.

Characters:
Difficulty:
Level Design
Story
As the credits, rolled on Devil May Cry 5, I was certainly ready for it to be over, but I also really enjoyed the ride. For me, a game of this style and length was just right to give me a story and some action in a streamlined way; a great break from all the lengthy RPGs I tend to play. I don't think character action games or the DMC series will ever rank too high for me among my favorite genres or franchises, but I can definitely appreciate them now. I'll be keeping an eye out for another game like this next time I feel the need for a change of pace (in fact I took a break while writing this to rewatch the trailer for Astral Chain 😅).

Note: I flip-flopped between a 3 and 4 for this game's score a couple of times as I played it, but ultimately decided to round up. 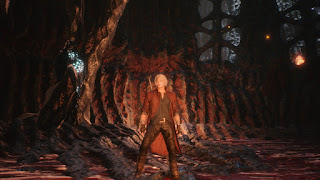 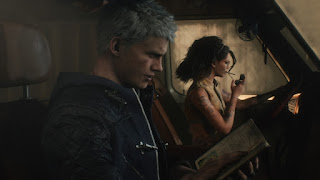 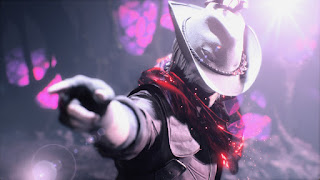 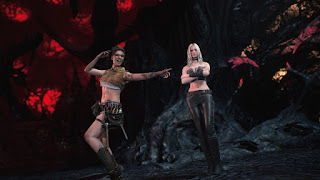