While 2017 certainly had its ups and downs in most areas, it was a stellar year for gaming throughout. As has now become a tradition here at Tales from the Backlog, any game I finished during the year 2017 is eligible for Game of the Year consideration. This year over 30 titles with release dates ranging 1995 - 2017 were in the running for Game of the Year and narrowing that pool down to just a few games to honor proved to be exceptionally tough. After much deliberation, I present my Top 10 Games of 2017:

#10: Jackbox Party Pack 3
Jackbox Party Pack 3 presents a well-rounded package of fun and humorous party games and has stayed in constant rotation in my household since the game was released on Switch in April. This game has defined many family and social gatherings throughout 2017 and therefore naturally deserves a place on this list. (review)

#9: Puyo Puyo Tetris
Much like 2016's Doom, Puyo Puyo Tetris was a game that I initially didn't think I'd be interested in that won me over with an excellent demo. The game functions as a frantic puzzle party game in multiplayer mode but also has a surprisingly robust and challenging single-player campaign as well. My wife, siblings-in-law, and I have stayed up late many nights in 2017 trying to best each other in this chaotic puzzle game mashup. (As an aside, this webpage is probably the only place where Doom and Puyo Puyo Tetris have ever been compared.) 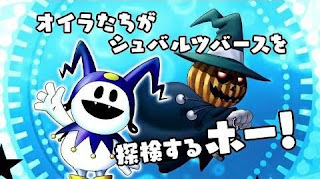 #8: Shin Megami Tensei Synchronicity Prologue
It couldn't be one of my game highlight articles without something completely out of left field, so of course, I have to give some GotY love to a freeware Metroidvania spin-off of Shin Megami Tensei that was only playable in English thanks to an unofficial translation patch. Despite the strange circumstances around this game, it's an incredibly tightly-designed exploration platformer in the style of the GBA Castlevania games that also mixes in some Ikaruga-like bullet hell elements. (review) 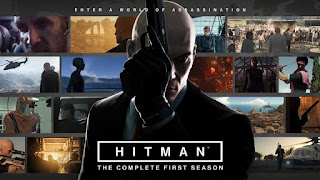 #7: Hitman Season 1
Hitman has been one of my favorite game series for quite some time and Hitman Season 1 offers the most refined and accessible Hitman experience to date. Despite initial concerns about its episodic nature, the complete first season is cohesive stealth action game and is loaded with as much content as any player could want. I'm eagerly awaiting news of Season 2. (review)

#6: Witcher 3
My third adventure in the dark fantasy world of The Witcher proved to be just as engrossing, if not more so, that the previous two journies. While I slightly preferred the story of Witcher 2, the characters and setting continued to be excellent in Witcher 3 and the combat was much improved compared to the first two games. I'm very curious to see what CD Projekt Red does next now that they've concluded this epic trilogy. (impressions) 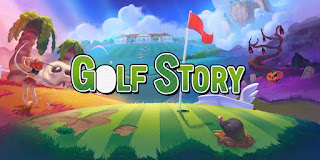 #5: Golf Story
With the exception of a few childhood games of minigolf, I've never played a round of golf in my entire life. Thus, I'm flabbergasted that an RPG about a sport that's never held my interest was able to grip me so completely. Golf Story's quirky humor and simple but satisfying gameplay were unique, refreshing, and even had me eying the driving range that I pass on my commute to work. (review) 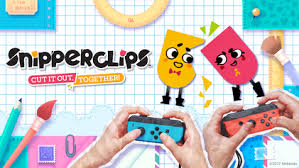 #4: SnipperClips
This charming cooperative puzzle game perfectly demonstrates what the Nintendo Switch is all about. It's easy to pick up and play and a joy to see in motion. My wife and I had just as much fun watching friends hilariously struggle through the game's wacky puzzles as we did playing it ourselves. SnipperClips should be one of the first games any new Switch owner gets. 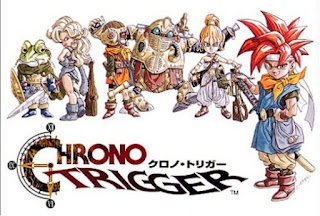 #3: Chrono Trigger
Until this year, I've never had the chance to experience this RPG classic. Even though it's over two decades old, Chrono Trigger still shines both mechanically and artistically. As a newcomer, I came to this game completely free of nostalgia and still found myself becoming very attached to the characters and emotionally invested in the story. (review)

#2: Legend of Zelda Breath of the Wild
Exploring the massive world of Hyrule on Nintendo's new console is an experience that I won't soon forget. Solving shrine puzzles, finding secrets, and barely surviving combat with intimidating enemies proved to be so engrossing that Zelda was pretty much all that I could think about for several weeks. Breath of the Wild just barely misses the top stop for me since I didn't quite get what I wanted out of the game's story and boss battles, but it was overall an incredible game that would effortlessly take number one in any other year. (review) 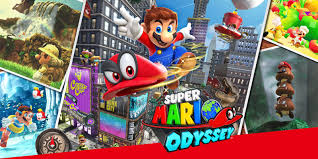 #1: Super Mario Odyssey
More than any other game I've played in several years, Mario Odyssey is pure distilled fun. Every moment of bouncing around the game's colorful cartoon kingdoms is an absolute delight (there, I said it again). Mario's journey is a smooth experience from start to finish with options for added challenge throughout and an immensely gratifying conclusion. (review)


Honorable Mention
I played too many excellent games this year to not include a few honorable mentions. In any other year, these game would probably sit comfortably in my Top 10.

This has been an incredible year for games and I want to thank all my readers for being here to join me! I'm very excited to see what 2018 holds in store for Nintendo's hit new console and my hopefully soon-to-be-upgraded gaming PC!

Posted by Capsulejay at 1:54 PM