This past labor day weekend, my wife and I attended DragonCon for the first time and really enjoyed it. While the Con covers a huge variety of fandom topics and doesn't really focus on gaming, when you get over 80,000 nerds together in one place, you can pretty much guarantee there will be video gaming happening somewhere. Here's a synopsis of the gaming-related things we saw at the Con:

One of the exhibit halls was set up as an arcade stocked with imported (and mostly untranslated) Japanese arcade games. Best of all, the cabinets were all set to free play mode. I worked in Japan for several months a few years ago and found the selection at this DragonCon exhibit to be a pretty good representation of the modern Japanese arcade scene. In my experience, non-redemption Japanese arcade games generally fall into 4 categories: fighting, rhythm, mech battle, and button-mash/novelty. I’ve included some photos and brief description of the games I was able to try. 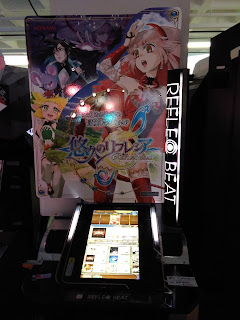 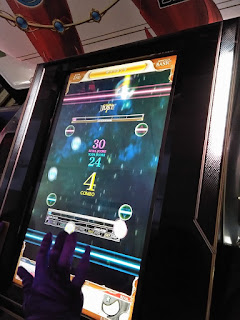 Reflec Beat – A touchscreen-based rhythm battle game. Notes are fired as projectiles downward by an enemy at the top of the screen and they must be tapped in time with the music to reflect them back. 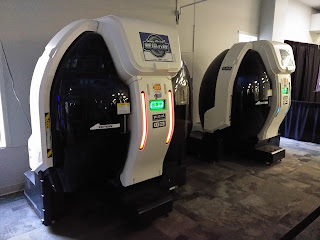 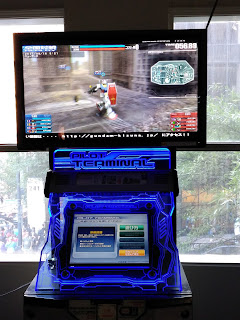 Gundam Pod – A first person mecha battle arena with enclosed cockpits. Each cockpit features a panoramic curved screen and controls with a combination of joysticks and foot pedals. The screen between the pods allow spectators to watch the battle in 3rd person. The game is 100% in Japanese (which I can’t read a word of), so I had to make educated guesses when navigating menus and monitoring the HUD. I was most excited to be able to play this game at DragonCon. I played it briefly when I was in Tokyo, but at ~$10/play, my prior experience was fairly limited. That being said, my limited background knowledge was enough to give me an edge and wreck most of the other players during the match. 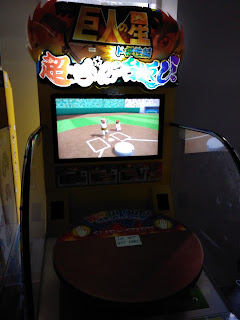 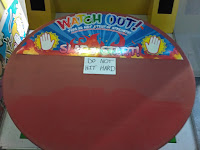 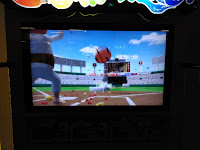 Upend The Tea Table – This is where things get weird. The player pounds on the table until a meter fills and then flips the table over (it’s attached to the cabinet with a hinge). On the screen, the table is sitting at home plate in a baseball diamond and then gets launched into the air. Players compete to see who can launch the table furthest. 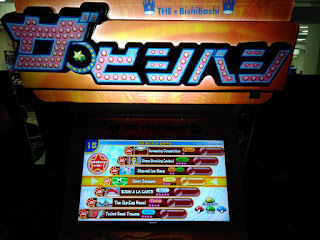 The Bishibashi – A collection of competitive minigames that are all based on button-mashing. Each minigame features cute animations and objectives such as trying to hit the button exactly 100 times within a time limit.

I saw a lot of fantastic cosplay at DragonCon. The most popular game used as cosplay inspiration was definitely Overwatch. I’m generally not into competitive multi-player games, but seeing the passion people have for the characters definitely has me more interested in trying it. One of the top-ranked cosplayers in the DragonCon masquerade contest was dressed as D.Va:

However, my personal favorite video game cosplayer, was this dedicated gentleman cosplaying as Beedle, the shopkeeper from The Legend of Zelda: Wind Waker. “Oh, thank you!” 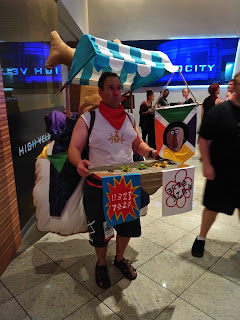 Accessible Gaming Demonstration
We attended an interesting panel about the inovations and challenges involved with creating specialized gaming equipment for players with physical disabilites. We saw everything from controllers meant to be used with one hand to those that could be controlled with the tongue. This panel really gave me an appreciation for how gaming can be an important recreational and social outlet for people with disabilities. For more information about this topic, check out Able Gamers.


Hololens Demonstration
This panel was hosted by some developers that are working on software for the upcoming Microsoft Hololens augmented reality (AR) platform. While the tech definitely has some cool applications, it was very clear from the live demonstration that we're still in the very early stages of AR. I didn't get a chance to try on the headset myself, but from what I was able to observe watching the developers use it, the performance of the equipment looked rough compared to the heavily produced presentations seen at events like E3.
Posted by Capsulejay at 8:30 AM