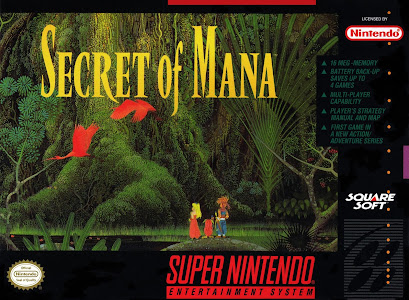 There aren't a lot of good things you can say about the year 2020, but if I had to find a silver lining, it's been that I've had plenty of time to tackle my gaming shames and backlog. One of the glaring oversights in my background as a retro gamer and RPG buff was the Squaresoft classic Secret of Mana. Part of what has kept me from getting to this game was not having a convenient way to play it. Thankfully the Collection of Mana for Switch went on a steep sale earlier this year, providing a cheap and easy opportunity.
Background:
Secret of Mana is a fantasy action RPG that was originally released for the Super Nintendo in 1995. The game tells the story of a boy, a girl, and a forest sprite who are on a quest to stop an evil empire from activating an ancient weapon called the Mana Fortress. Combat in the game takes place in real-time but uses a cooldown meter for physical attacks and a ring menu system for casting magic. This review is based on the UK version of Secret of Mana which was included in the Collection of Mana for Nintendo Switch.
Pros:
Cons:
Secret of Mana's strong presentation and personality helped a lot with this game's appeal and were just enough to balance out the gameplay issues to make it a decent experience. I can see why this game made such an impact back in the day but it doesn't hold up nearly as well as other 16-bit RPGs like Chrono Trigger, Final Fantasy 5 & 6, or Terranigma.
Score: ⭐⭐⭐
Completion Time: About 30 hours 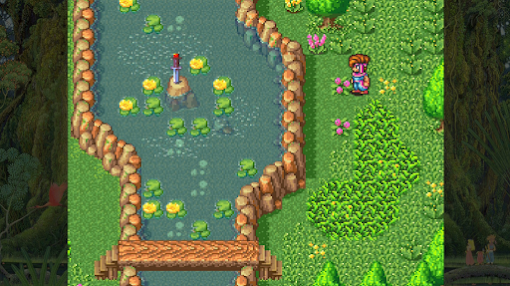 In classic fantasy fashion, pulling the sword from the stone signifies that you are The Chosen One. 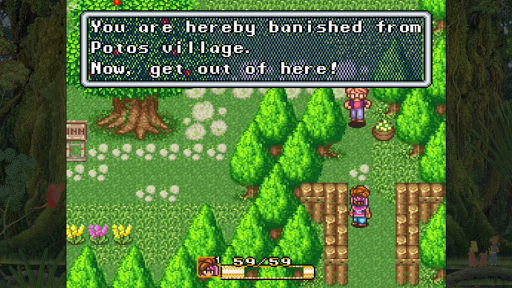 Unfortunately, being The Chosen One doesn't make you popular in this game. 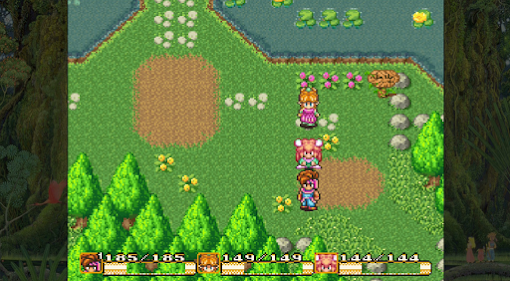 The full party: Boy, Sprite, and Girl (they don't come with default names) 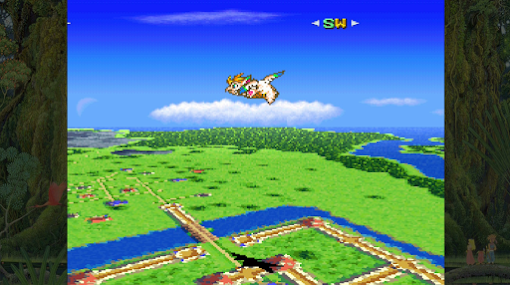 Every good SNES RPG needs some Mode 7 aerial travel.
Posted by Capsulejay at 12:08 AM