While it's never been my number one favorite genre, I've always had a soft spot for racing games. They make great side games when playing something more involved like an RPG (in fact, one of my favorite games last year was Forza Horizon 4). Since this year's community game-along calendar happened to feature a month devoted to racing games, I decided to prepare a little sampler platter for myself and tried out 7 different titles on my Twitch channel!
Here's a quick round-up of mini-reviews:

Sonic & Sega All-Stars Racing
This Mario Kart competitor from 2006 features characters and race tracks based on Sonic the Hedgehog and many other Sega franchises (e.g. Shenmue, House of the Dead, Jet Set Radio, etc).
Pros:
Cons:
Verdict: Sonic & Sega All-Stars Racing is a solid Mario Kart-like but has been more than surpassed by more recent games in the genre, including its own sequel.
Score: ⭐⭐⭐ 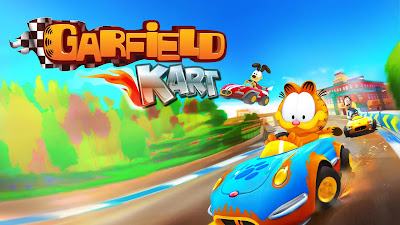 Garfield Kart
Thanks to a "generous and wholesome" donation from one of my Twitch viewers, I ended up with this racer based on the Garfield comic strip.
Pros:
Cons:
Verdict: Garfield Kart checks off the absolute bare minimum requirements of a kart racer. There's no reason to play it with so many other better options available.
Score: ⭐⭐

Desert Child
This indie racing RPG caught my eye during an E3 presentation several years ago. In Desert Child, a hoverbike racer tries to race his way to wealth and stardom in a dystopian sci-fi world.
Pros:
Cons:
Verdict: Desert Child's strong sense of style make it worth taking a look at either via a quick play session or checking out some YouTube videos. However, playing through the whole campaign was not a satisfying experience.
Score: ⭐⭐

What The Golf
Not quite an actual golf game, What The Golf ended up being deemed a racing game by an esteemed panel of judges from the Chic-Pixel community, so here it is. This game starts out as simple putt-putt and then rapidly heads toward a series of surreal challenges that are only loosely tied to anything resembling a real sport.
Pros:
Cons:
Verdict: "Amusing" is definitely the best word I can think of to describe What The Golf. It's a fun game to play in short bursts, but don't come to it expecting much depth.
Score: ⭐⭐⭐ 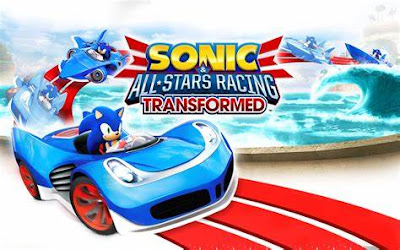 Sonic & All-Stars Racing Transformed
This game takes the strong foundation established in Sonic All-Stars Racing and expands upon it with the introduction of boats and aircraft. The "Transformed" in the title references the dynamic nature of the races, each lap on a course involves some sort of change in the environment that creates new routes and obstacles.
Pros:
Cons:
Verdict: Sonic & All-Stars Racing Transformed is a great kart racer that gives Mario Kart a run for its money. If you enjoy this genre of racing games or are a big Sega fan, this game comes as an easy recommendation.
Score: ⭐⭐⭐⭐
Earlier this month, Itch.io released the massive Racial Justice and Equality bundle; a massive bundle of over 1000 indie games with the proceeds going toward civil rights charities. From this huge collection, I picked out a couple of racing games to include in this round-up. 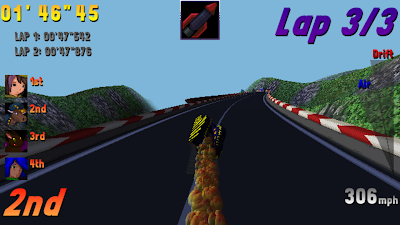 Daemon Detective Zero Racing
Daemon Detective Zero Racing is a low-poly sci-fi racer featuring characters from various indie games. It is very clearly heavily inspired by the F-Zero and Wipeout games on N64 and PS1. I can't really split this one into "pros and cons"; it's a very fast, barebones, and somewhat janky 3D racer that was a fun little nostalgic diversion for me.
Score: ⭐⭐⭐ 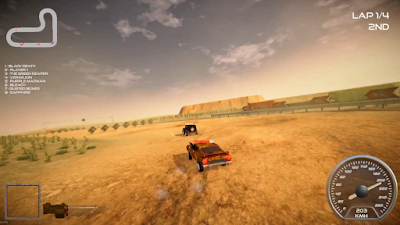 Rock n Rush Battle Racing
This game plays somewhat like a hybrid of Mario Kart and Twisted Metal. It also features a great rock-n-roll soundtrack. I found the gameplay of this one to be much more polished than Daemon Detective Zero Racing; however, the game only features 4 tracks. While each of these tracks has a day and night and mirror mode version, there's still not much content here. That being said, I enjoyed my short time with it and it's definitely worth the download if you bought the bundle.
Score: ⭐⭐⭐
While the games I played for this round-up varied considerably in quality, I had a lot of fun digging into a genre that I enjoy but often tend to neglect!
Note: This post is part of the Chic-Pixel community's #RacingGameMonth event. For more info and their full list of events, check out this page: Community Game-Along Master List 2020
Posted by Capsulejay at 2:30 AM