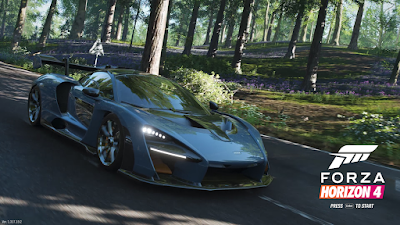 As I mentioned in my review of TimeSpinner, most of my time with the Xbox Game Pass catalog has been devoted to indie games rather than AAA titles. The one exception so far has been one of the games that drew me to Microsoft’s subscription platform when I saw it demoed at E3: Forza Horizon 4. While most racing games I play are completely removed from anything resembling real-life motorsports (e.g. Mario Kart, Fast RMX), there was something about this game’s ability to balance simulation and arcade racing that caught my interest.

Overview:
Forza Horizon 4 is an open-world racing game set in an environment based on Scotland and rural England. Throughout the game, seasons can change affecting the weather and terrain. Players can drive a wide variety of automobiles, ranging from exotic sports cars to delivery trucks, around the map to enter in different racing events. Races primarily come in three forms: road races, dirt track races, and cross-country (i.e. off-road) races. Forza Horizon 4 can be played as a single-player game or as an online multiplayer game. This review will focus on the singleplayer experience.

Observations:
I'm generally not a car guy, but I absolutely loved Forza Horizon 4. It's been my biggest pleasant surprise of the year! Since the game features so many adjustable settings to make it approachable for players regardless of skill level, I highly recommend anybody with an Xbox One or gaming PC give it a shot!

Score: ⭐⭐⭐⭐⭐
Completion Time: About 12 hours (main campaign with some side events)

Acknowledgment: This review was written as part of the #SportSeptember community event from the Chic-Pixel blog. Check out this post for their full calendar of monthly events! 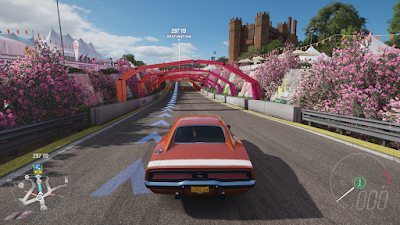 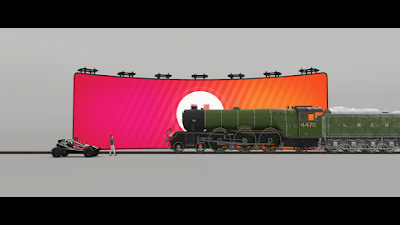 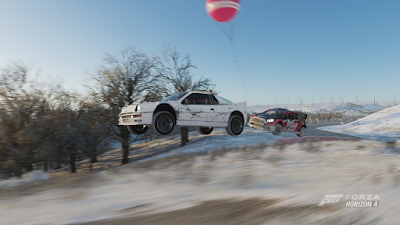 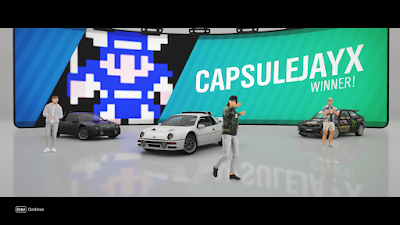 Posted by Capsulejay at 5:04 PM