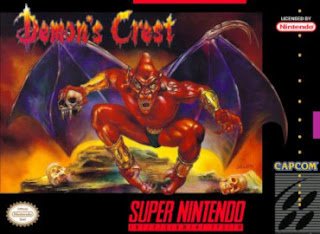 While most gamers are probably familiar with Ghosts n Goblins on the NES (usually in the context of joking about not being able to even clear the first level), the rest of the Makaimura series remains relatively obscure. Thanks to the SNES Online app on Nintendo Switch, I was finally able to try one of the other entries in the Makaimura series that I’ve heard such great things about in retro gaming circles, Demon's Crest.

Background:
Demon's Crest is a 2D platformer that incorporates some adventure game and RPG elements. The game focuses on the winged demon, Firebrand, who was an enemy in Ghosts n Goblins. Now on his own quest to wrest control of hell from his rival, Phalanx,  Firebrand must seek out various magical items and defeat other demon lords to gain their powers in preparation for the final showdown. I played through this game from start to finish live on my Twitch channel.

Pros:
Cons:
Playing through Demon's Crest was very interesting from a historical perspective and definitely worth playing for me, despite some of the frustration I experienced. I can recommend this game, but only with a lot of caveats; players used to retro games will likely enjoy it, but it's certainly not a good starter retro game.

Score: ⭐⭐⭐
Completion Time: 9 hours to reach the good, but not best, ending

Advice for enjoying this game: Don't beat your head against the wall against bosses, either explore more for power-ups or check a guide. 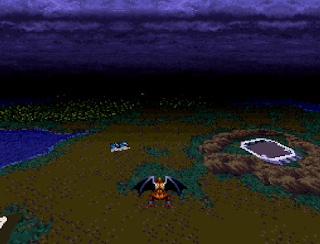 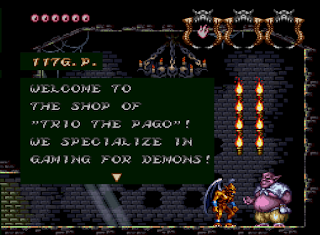 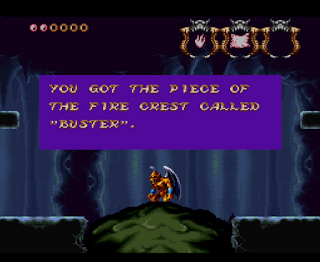 Posted by Capsulejay at 9:08 PM