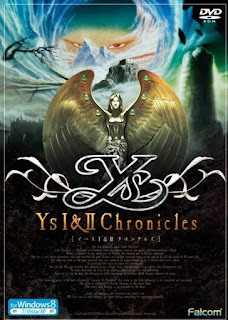 Over the past few weeks, I've been tackling one of my "gaming shames", the Ys series! On my Twitch stream, I played through the first two entries in this classic action RPG franchise. Here's a quick write-up of each title in the Ys 1 & 2 Chronicles + package:

Ys 1 Chronicles +
Even though the version of Ys 1 that I played is a modern remake (circa 2011) of the original game, it still serves a clear reminder of how games were back in the late 80s. Thus the game is interesting from a historical perspective but its wildy unbalanced difficulty and opaque player messaging made it tougher than it needed to be. Much of my time with the game consisted of wandering around trying to figure out what the game wanted me to do next. When I reached the first boss, I found that I had to grind my character up to level 6 (out of a max of 10) before I could even make a dent in the enemy. Naturally, I went into the second boss battle expecting something similarly tough, only to take down the enemy without losing more than a few HP. The game is also without any of the modern conveniences such as fast travel or an automap. Late in the game, I started following along with a guide and I wish I would've caved in and started doing that sooner. However, despite all these issues baked in from the original 1980s design, I found myself intrigued by the world and themes that the game presented. It also helped that the anime-style character artwork and epic soundtrack were right up my alley. Ultimately, my experience with Ys 1 was not a smooth one but it was enough to show me that the series could develop into something I would really enjoy.
Score: ⭐⭐⭐
Completion Time: 10 hours, 18 minutes (normal difficulty)

Ys 2 Chronicles +
The seconds Ys game picks up immediately after the first (at one point in their development , they were two chapters of the same game). Despite the short period of time between the two games, Ys 2 was a surprisingly significant leap forward in accessibility. While the labyrinthine dungeons and lack of automap are still there, I was happy to find that the difficulty scaled in a manageable way and that the game did a much better job of informing the player of their next objective. As a result, the second entry of this action RPG series flowed much better even though the game world was larger and the quest was longer. After having adapted to the sudden difficulty spikes of Ys 1, there were actually some cases in Ys 2 where I was over-prepared for boss battles and ended up finishing them much faster than I expected. The "bump combat" system, carried over from the first game is a bit more lenient in Ys 2, though it's still easy to for a bad angle of attack or getting pinned by two enemies to result in nearly instant death. Bump combat was a fun thing to try in the beginning of the series, but I'm glad Ys moved on from it in later installments. Overall the game retained the elements from Ys 1 that I liked while smoothing out many of the issues that I had (at least to the extent one could expect in 1988). Assuming this cycle of refinements built upon a strong basic action RPG foundation continued as the series progressed, I'm pretty excited to play a more recent entry in the Ys saga.
Score: ⭐⭐⭐⭐
Completion Time: 12 hours, 42 minutes (normal difficulty)

If you're trying to decide if the Ys games are for you, I'd suggest watching the intro video to Ys 2. If that combination of high fantasy vistas, anime characters, and power metal makes you feel something, you should probably give Ys a try.

In addition to the PC version that I played, there are also PSP and mobile versions of Ys 1 & 2 Chronicles. 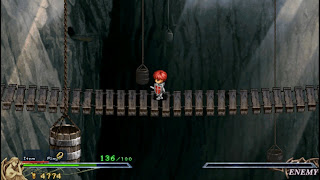 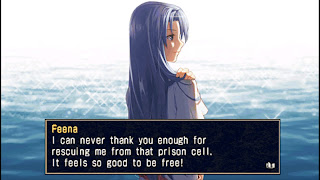 Disclosure: The Amazon links on this page are monetized affiliate links.
Posted by Capsulejay at 6:17 AM