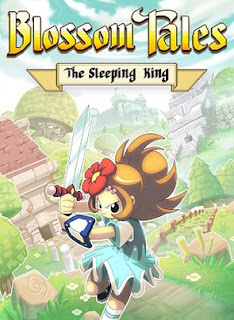 After modding my Joycon earlier this month, I found myself looking for something brief, 2D, and action-oriented to break in my newly installed D-pad. Since the indie Zelda-like game, Blossom Tales, had recently been getting a lot of buzz on Twitter, I decided to pick it up on the eShop. Here are my thoughts on this little retro-style adventure now that I’ve finished the campaign:
The bottom line: If you’ve been craving a new 2D Zelda game, you owe it to yourself to check out Blossom Tales. It may not hit the lofty heights of its inspiration, but it certainly does an admirable job. Studio Castle Pixel has shown that they know how to make a quality action-adventure game and I'm hoping to see something more ambitious and original from them in the future.
Score: ⭐⭐⭐⭐
Completion Time: 11 hours, 6 minutes (main campaign and most collectables)
Note: In addition to the Nintendo Switch version that I played, Blossom Tales is also available for Windows. 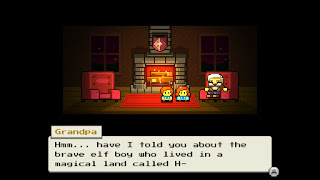 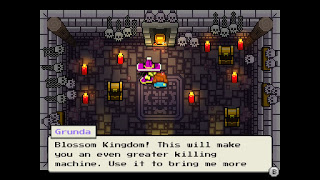 Posted by Capsulejay at 9:09 PM