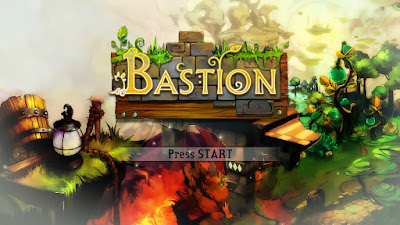 The Kid had a lot of pretty things to smash...

I've been meaning to play Bastion for quite some time since friends have been recommending it to me for years. While many people gush SuperGiant's first game, I came away with mixed feelings.

Pros:
Cons:
Overall, I found playing Bastion to be an interesting experience but I was ready for it to be over by the time I got to the end of the game. The artistic presentation and weapon variety were just enough to keep me bashing my way through until the credits.

Posted by Capsulejay at 5:30 AM