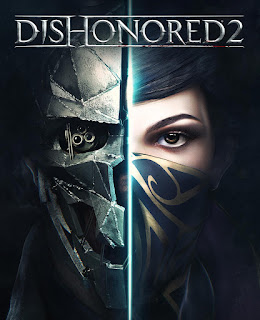 Even though I received Dishonored 2 as a Christmas gift last year, it took me until this month to finally play through it. This has been quite a year for gaming! Since Dishonored 2 is quite similar to its predecessor (see original review), I'll mostly just be giving a quick overview of points of contrast here:
In summary, Dishonored 2 is a very good first-person stealth game that doesn't deviate much from the formula established by its predecessor. I'm glad I played this game, but in my opinion, there doesn't need to be a Dishonored 3. If you loved the first game and are craving more, you'll be satisfied with what Dishonored 2 has to offer. Newcomers will definitely want to start with Dishonored 1 in order to get introduced to the characters and world and then decide from there if they want to proceed to part two.